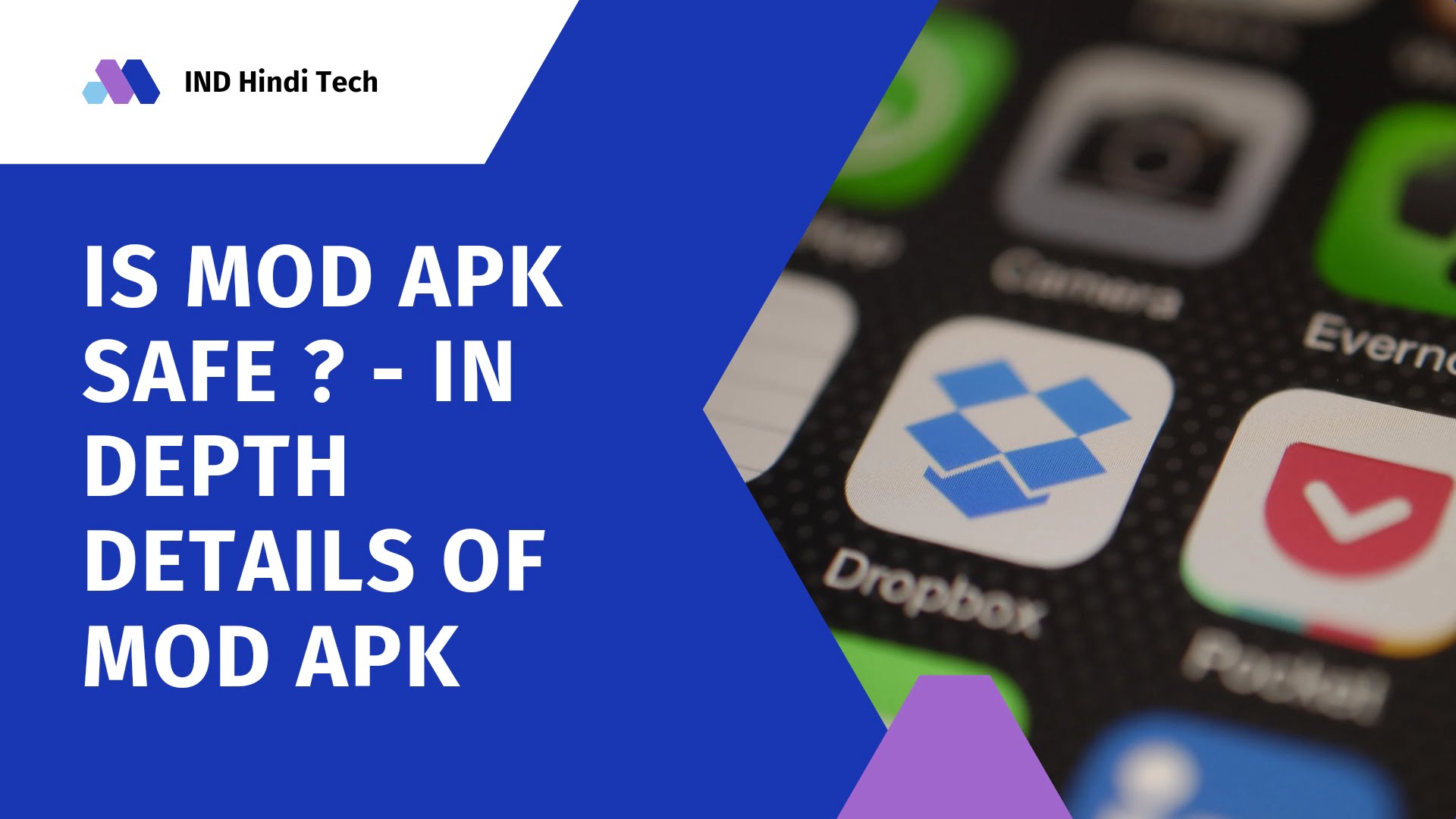 Is Mod Apk Safe:- Some people want to know whether the mod APK is safe for us or not. In this article, I had given the complete information on whether the Mode APK is safe for your phone Or Not, and which one is it while using it. Some popular Mod APK likes kinemaster Mod APK, Power director Mod APK, Free Fire Mode APK, COD Mod APK. So Please Read out this article till the End To Know about “Is Mod Apk Safe”.

What Is Mod Apk

Apps are modified by other developers instead of the actual developer who developed the application (app or apk in short). They can be a group or an individual who changes and edit the original app with their codes. The modified apps can sometimes be unchecked of harmful and dangerous lines of codes that may affect your system slightly, which may or may not affect your system.

However, knowing that IOS operating system has a closed coding field and hence it makes hard for the others to change the original code base of the app. But on the other hand, we have the Android operating system which allows everyone to install and test their app on the device. It has an open source for its package insall and hence it becomes easy for the developers to do modified app install.
Android apps being largely available on the internet is a proof of that. The developers gain access to the original app’s codes and hence are able to modify and edit the original work, this is a good thing if you are a developer yourself but, what about the oher
developers?

Not everyone is able to do app development, and some of them are good out there but the world is vast and has different things to show. There are indeed some individuals and groups that benefit from using this kind of work to access the user’s private data and use it for their benefit. In some cases, this may also lead to a crime. Mostly the apps you use, have an agreement that you must consent to before you use them. But what about the other open and moded apps? These have undescribed functions and instruction-set that it follows without you knowing.

Imagine a glacier floating over the ocean. Now what you see above the water is just one-third of the real thing, where the rest of it lies deep underwater. The same goes for the apps. You cant know what processes and set of instructions it keeps on handling. What you see can be deceiving your eyes and at the same time, you would be affected by it through your system.

Difference Between Mod And Normal App.

Now Coming to the next, I’ll talked about how Mod App is Different From Normal App.

Normal Apps are developed by verified Compony and they are safe these apps are cross – Checked By Google and after verification from Google these apps are available on the Google play store, but in the case of Mod apps, these are modified by other developers, so there is a risk of our Privacy, our data are not safe there.

Normal Apps are Generally Small in size but moded apps are larger in Size.

How Moded Apps are Harmful For Us?

If you have used moded apps downloaded from the internet, then now is the time to finally stop doing that. We will be seeing how they are harmful and why is it not advised to be using them.

Keep in mind, that using the right source for your apps that you use regularly is a must for a safe and friendly device environment, as well as your own safety.

No it is not safe

How to remove mod app from our phone?

From where we should have to download the App?

From play store or app store.