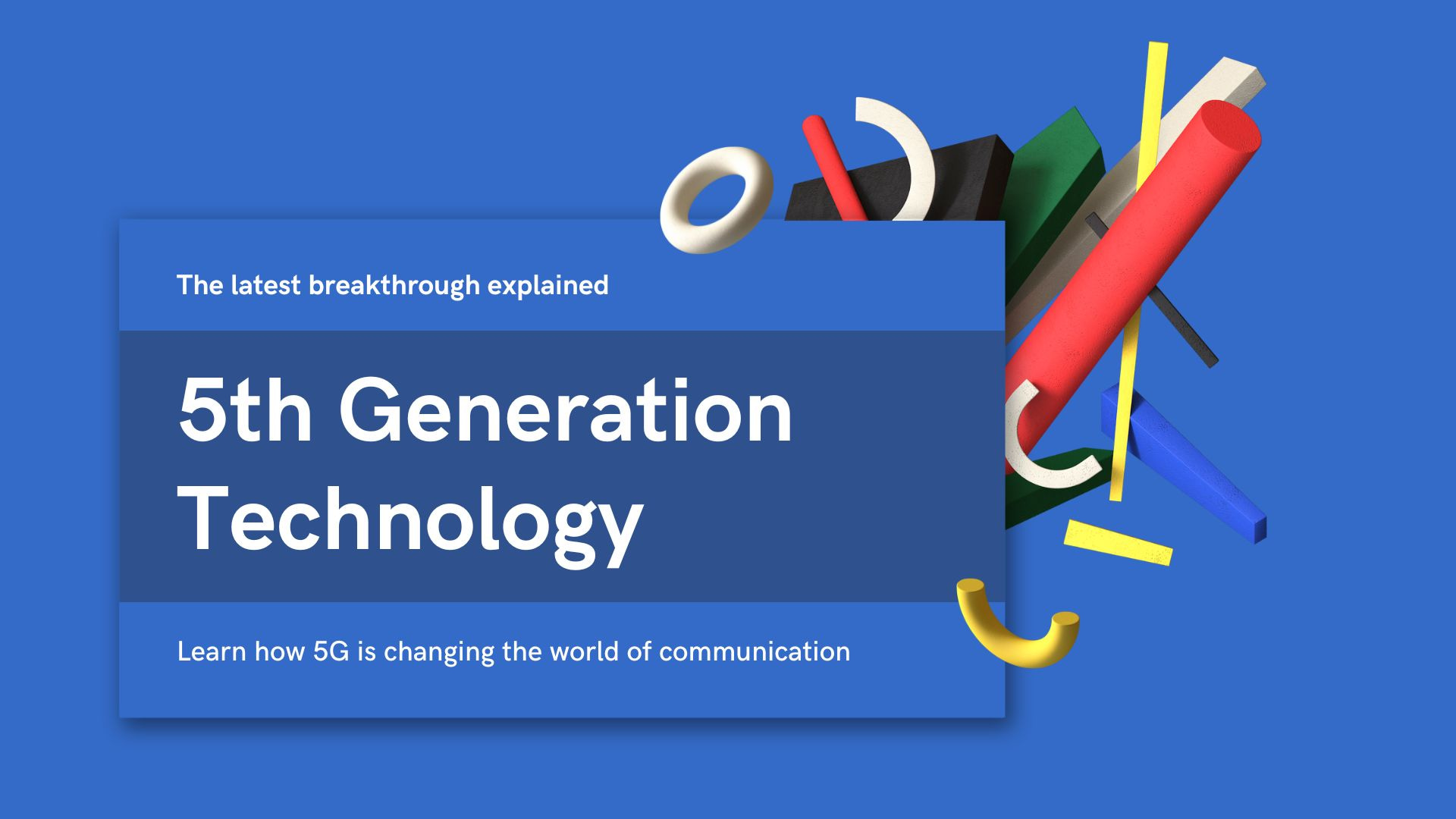 How 5G works: the pros and cons | The Truth About 5G | Explained! :-We are on the verge of experiencing a new era of wireless cellular technology that is 5g, this technology is going to be a revolutionary change in the field of augmented and virtual reality but for the past few months 5g has also been in the headlines for lots of wrong reasons with weird conspiracy theory and rumors so, in this article, I will try to clear few things for you I will also explain what exactly 5g is what all technology use behind it and any real concern that might exist around it.

Hey, I’m Om Prakash from IND Hindi Tech where I help you to amplify your knowledge if you are new here make sure you subscribe to our newsletter so our latest post reaches you Instantly. Today In this article i.e “How 5G works: the pros and cons | The Truth About 5G | Explained!“, I’ll explain to you about:-

What does g Stands For?

In the early 90s, the second generation was started which was developed on digital signaling and allows us to send and receive text messages. The third generation started in the early 21st century which bring us online and open the gate for social networking and online services the fourth generation delivered the speed which we enjoy today allowing more users to come online.

However, as more users came online and started using more smart devices and smart home appliances which increased the network traffic that required more data with higher speed now we are heading towards 5g which is based on the same theme as 4g i.e higher speed which handles more than 1000 time traffic compared to 4g and up to 20 times faster than 4g LTE(Long-Term Evolution).

Just imagine downloading an HD movie within a second and then lets your imagination run wild 5g will be the foundation for virtual reality autonomous driving the internet of things and stuff we cannot even imagine, but this technology is still under testing phase in several countries and we cannot comment on the success rate of 5g technology however there is four major brand new technology on which 5g, is structured. They are:-

First, up technology number one i.e millimeter-wave currently, 4g is working on low-frequency radio wave which falls under 3 kilohertz to 6 gigahertz now 5g is going to extend the additional high band of wavelength spectrum which is up to 300 gigahertz and the wavelength which falls between 30 to 300 gigahertz are called millimeter waves now as the frequency increase it will carry more data but their wavelength will be reduced this creates a significant issue for the development of 5g.

The main drawback of millimeter waves is that it does not travel very far which means the signal does not work indoors and tend to be observed by plant or any other obstacle and even, get observed by the rain as well.

To solve this problem technology number two come into the picture i.e a small cell network as per the current standard minimum distance between two 4g towers is 22 miles. Since 4g works on the medium waves which travel far as compared to millimeter-wave this millimeter-wave drop off if any obstacle comes in between a small cell network will solve this problem by using thousands of low power mini base stations which amplifies the signal and user can seamlessly connect from one base station to another base station without network drop off.

Next up is technology number three i.e massive MIMO which is a stand for multiple input multiple outputs today’s 4g stations have about a dozen of ports for antennas that handle all cellular traffic but a massive Mimo base station can support about 100 ports that will increase the capacity of today’s network by the factor of 22. Again this technology has its own complication these antennas broadcast information in every direction at once and all those crossing signals cause serious interference which may result in call drop or loss of data package which will be resolved by technology number four.

That is Beam Forming, Beam Forming rearranges the signals and directs them towards a device or user. It uses a signal processing algorithm to triangulate precisely where a signal is coming from and pass the best transmission route back to each device.

So this is all about 5g technology as we progress implementing this technology several other issues will come into the picture and they will get resolved accordingly.

Mobile phone technology uses electromagnetic radiation which leads some people to worry about increased health risk including developing a certain type of cancer however only ionized radiation have sufficient energy to break apart DNA (Deoxy Ribo Nucleic Acid) and cause cellular damage as per WHO ionizing radiation starts from ultraviolet ray and it increases with a higher level of wavelength such as x-ray and gamma-ray which can leads to damaging effect within the human body and 5g is so far below that CDC (Centers for Disease Control and Prevention) also says that there is no any scientific evidence that proves a different answer of this question so as per current research we do not have any result which supports this theory.

So this is all about 5g technology please let me know in the comment section whether you like this Information or not also subscribe to my newsletter for future updates, If You have any questions then let me know in the comment section, and I’ll try to answer it AS SOON AS POSSIBLE. I will see you in the next Article till then be safe and share this article i.e “How 5G works: the pros and cons” with your friends and loved ones.

What is the Full Form of CDC?

What is the full form of LTE?

In order to know the answer to this question i.e “Can 5G radiation actually make you sick?” please read out the above article till the end.

Can 5G radiation actually make you sick?How 5G works: the pros and consIs 5G dangerous?Will 5G make us sick -- or is it a conspiracy theory that’s getting out of hand?