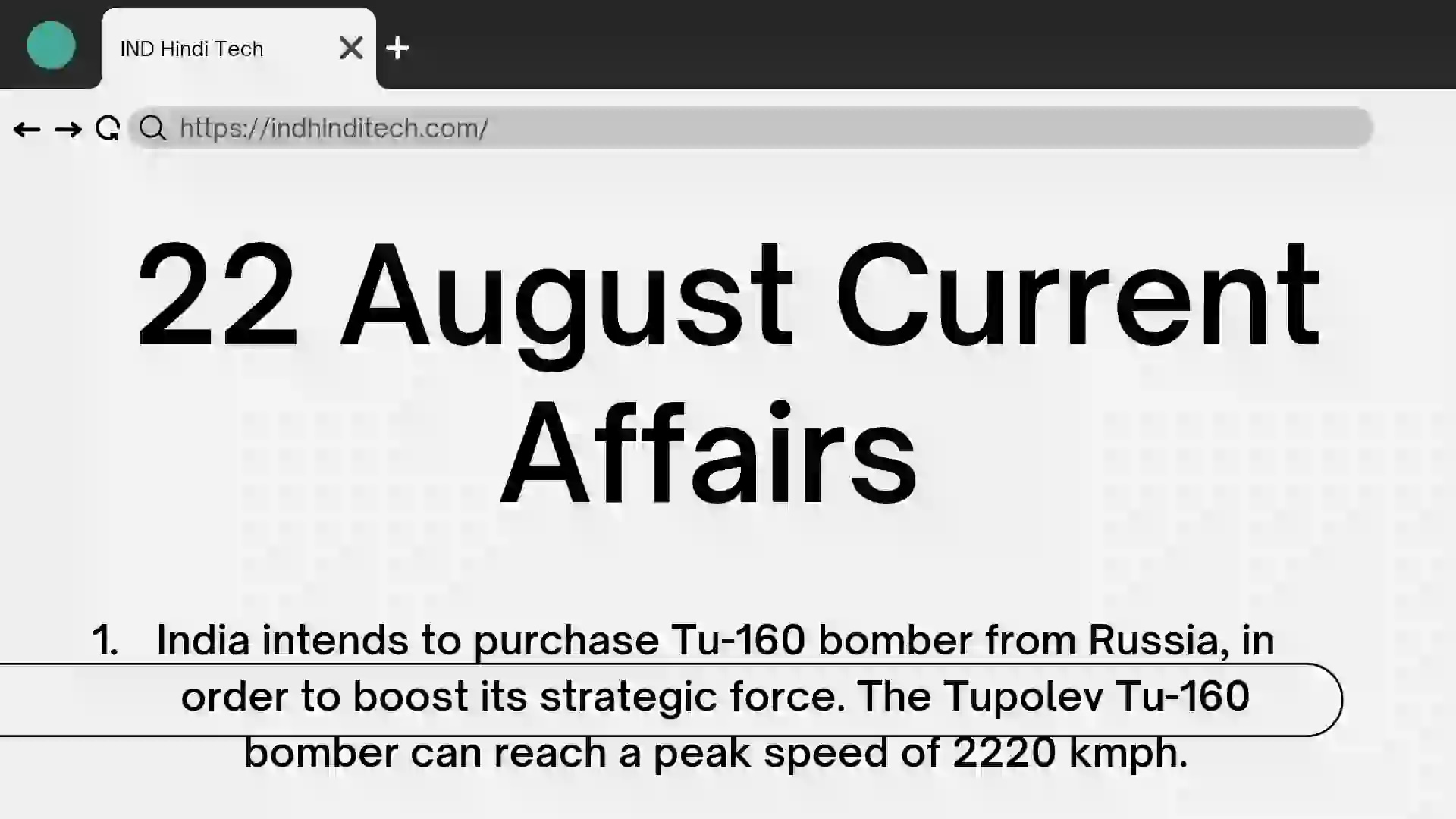 Current Affairs For Today 22 August 2022 in both Hindi as well as in English.

Today’s in this Article We’ll discuss 22 August 2022 Current Affairs क्वेश्चन एंड आंसर | Daily Current Affairs, in both English as well as in हिन्दी which will be very useful for SSC, BANKING AND many others competitive examination.